The Painful Road to Eden

To celebrate this release, and the re-release of the classic debut album, Vulvagun are happy to announce their partnership with Hellfire Records Australia, who are handling the album's release world-wide.

Like Vulvagun's debut album, 'The Painful Road to Eden' was written by Wayne Dwyer. This time around the album was co-produced by Dwyer, along with Australian metal legend Phil Gresik (Mass Confusion, Hobbs' Angel of Death, Long Voyage Back, Bestial Warlust, Day of Clint and more). 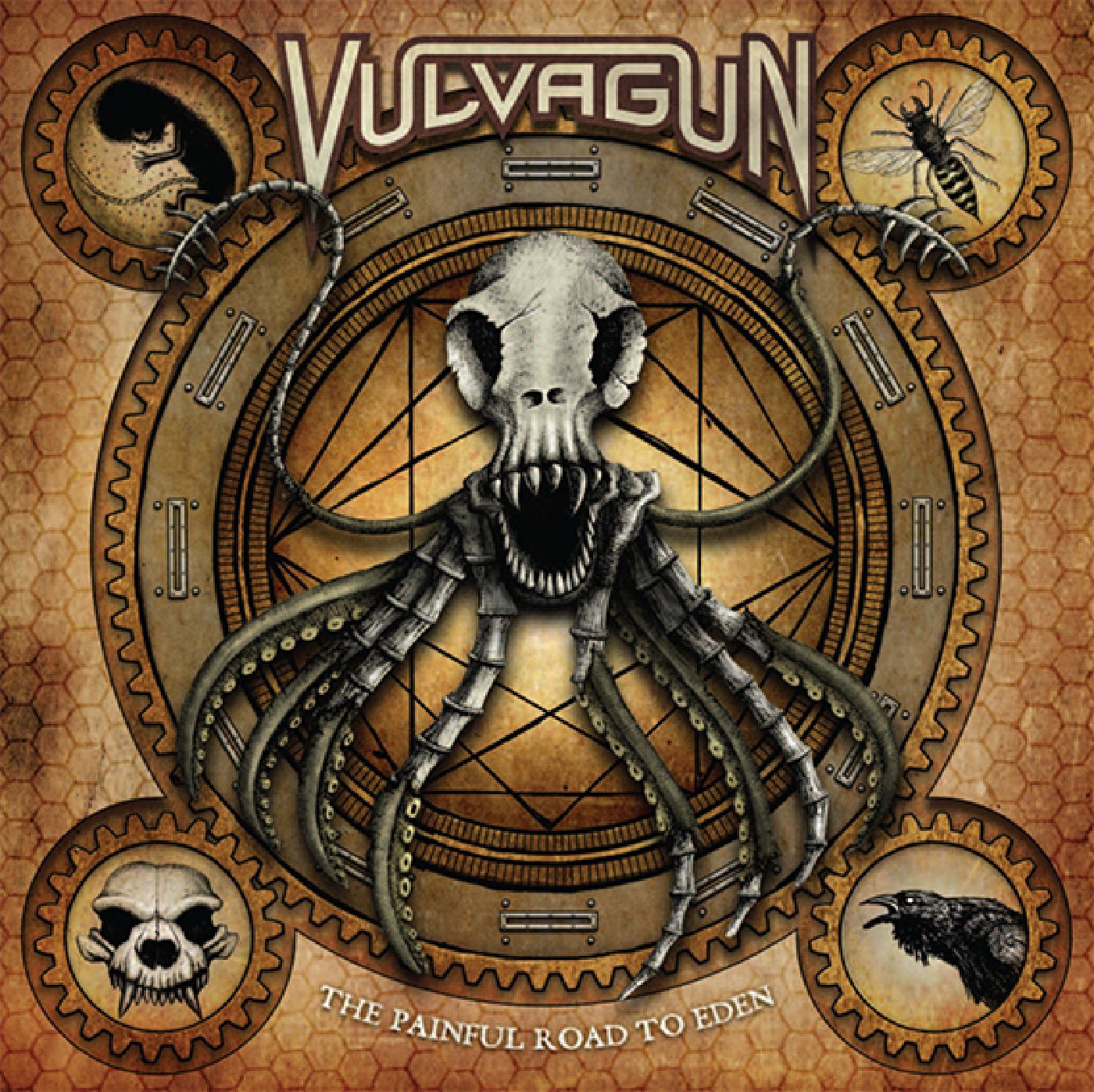 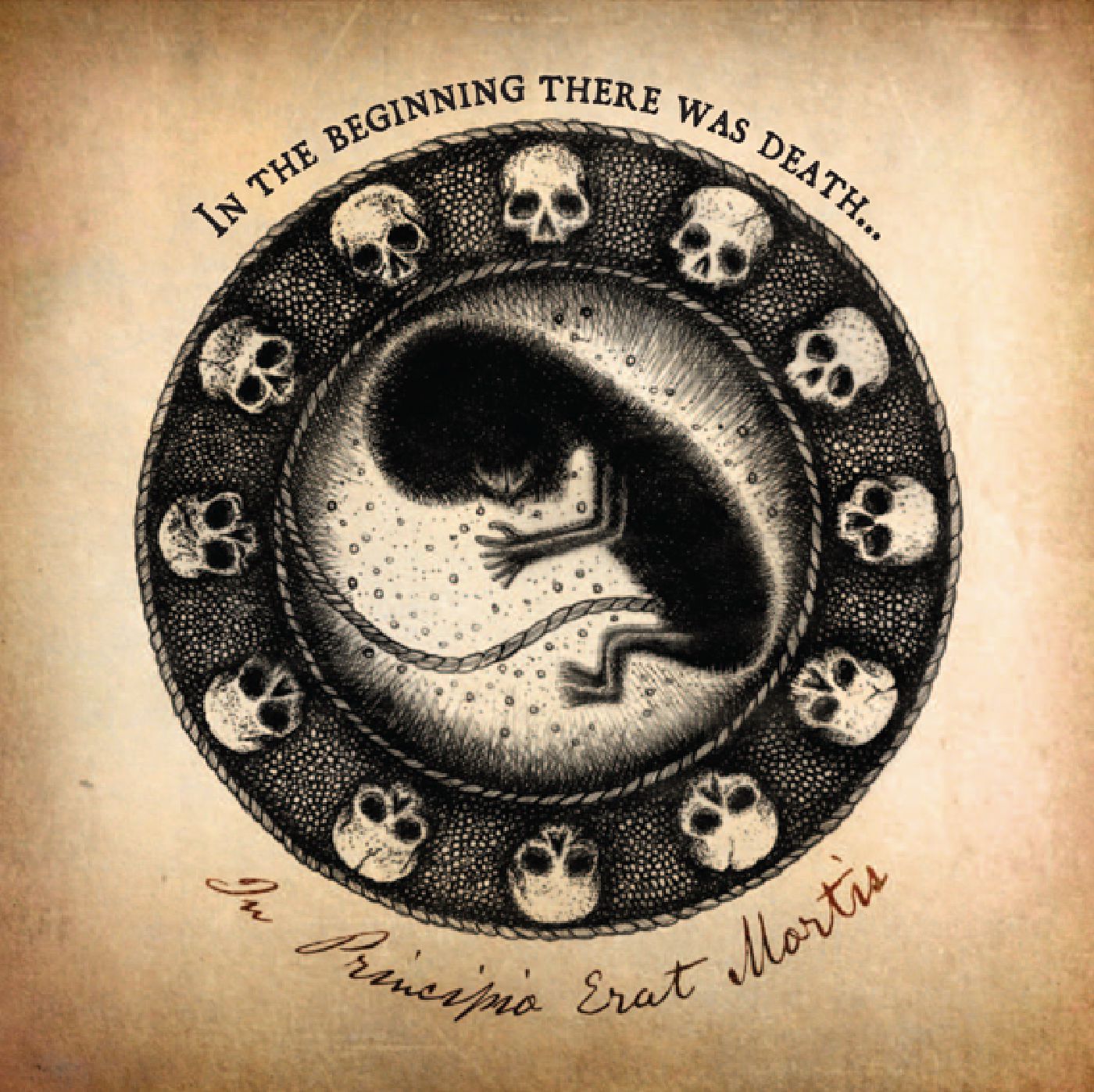 The new album continues the theme of 'Cold Moon Over Babylon', with a full blown concept,  taking the listener through a Lovecraftian/Darwinian labyrinth of dark science with a a story line that will journey to the edge of sanity, reality, history and myth.

The album is accompanied by stunning artwork by Melbourne artist Matt Bottos, with the story contained in the music being fleshed out by his amazing array of visual companion pieces.

Vulvagun was formed by vocalist/guitarist and songwriter Wayne Dwyer, known for his work in Melbourne metal bands like Sea Wolf, Captain Trips and more.

The track listing for 'The Painful Road to Eden' is:

- In The Beginning There Was Death
- The Stinking Low Tide
- Spirit of the Beehive
- Leeches
- The Painful Road to Eden
- Instant Hate Response
- Heart of the Sea
- Of Gods and Monsters
- Prelude to an Earthquake
- ...Said the Spider to the Fly
- Mass Coronal Ejection
- Old Creeping Jesus
- There are Worse Things Waiting 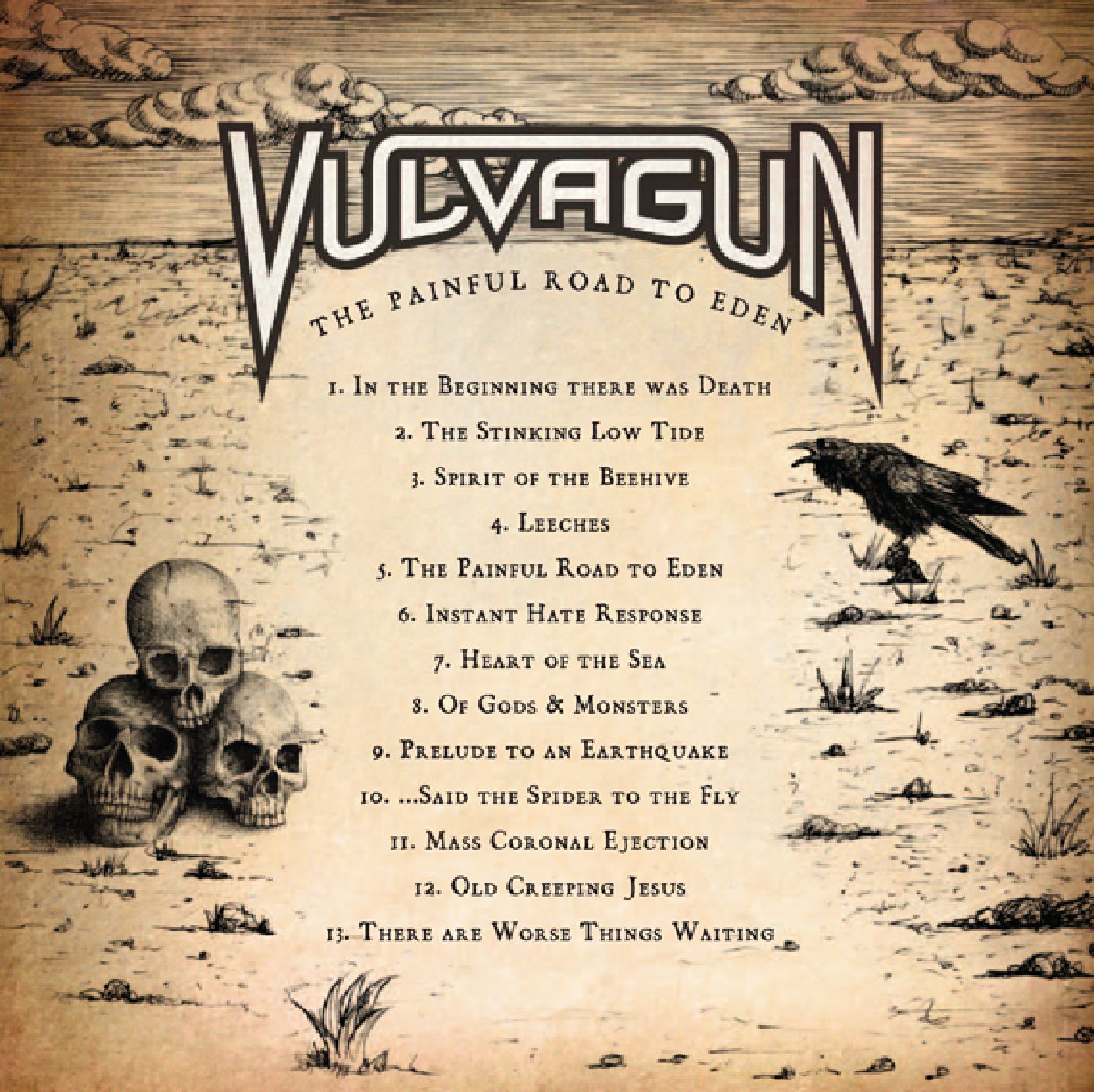 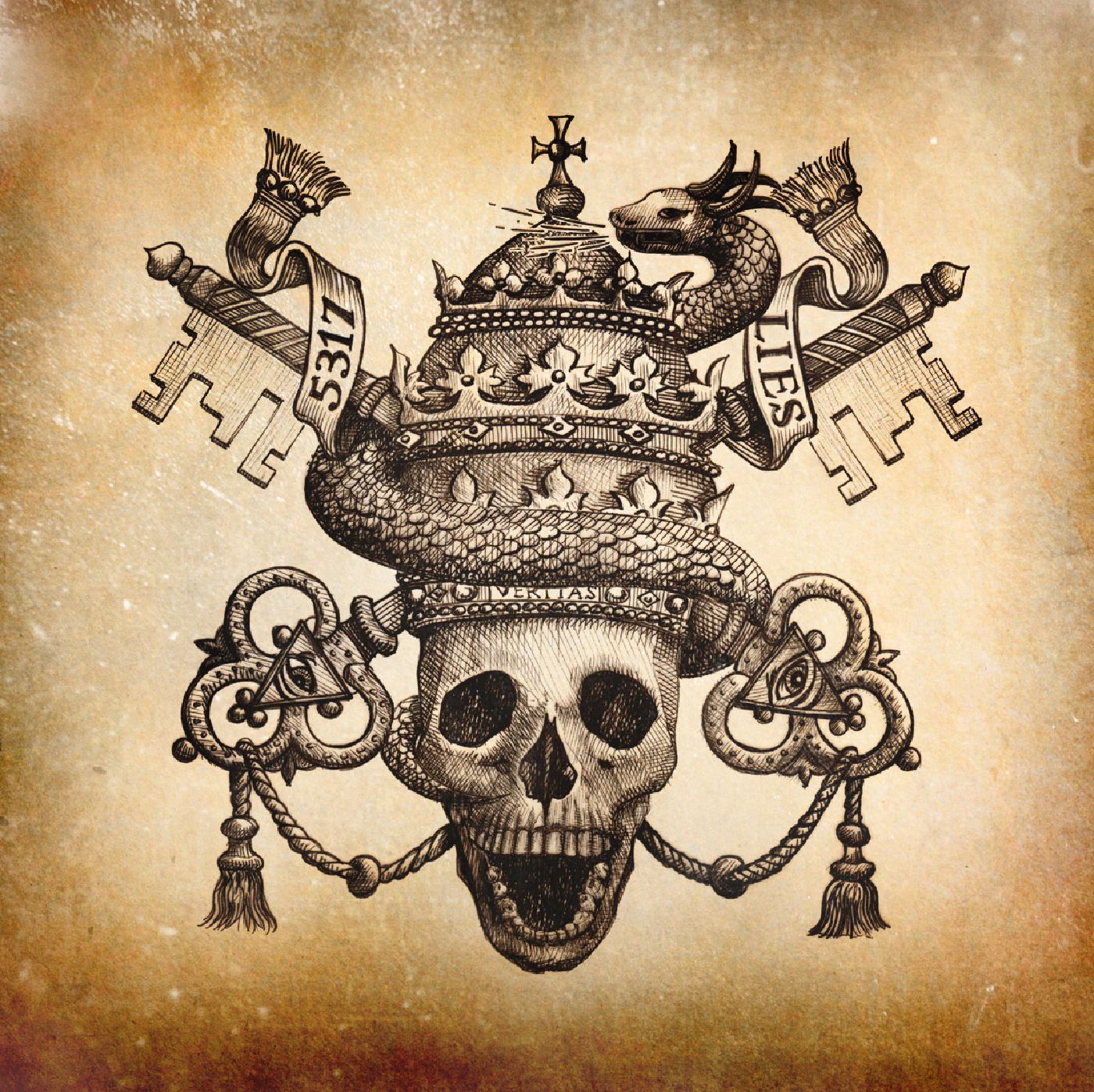 With classic metal influences in their hearts, and a solid background in writing, performing and producing, the vision for Vulvagun is clear; a love of history, science, music and art combine to give birth to a thought provoking, hard hitting, hook ridden soundscape of Heavy Metal that will infect your imagination and rip your head off!

The album has been worth the wait.

Are you ready to go down The Painful Road to Eden? Beware of what waits for you down there...

"What happens when a nineteenth century naturalist/explorer discovers the ancient texts that were described in the lyrics from Vulvagun's 'Cold Moon Over Babylon'? The foundations of belief and science are destroyed and reborn in an epic tale of madness and revelation."

A Word About the Story...

Wayne Dwyer explains the concept behind 'The Painful Road to Eden' - "The story is about an early 19th century naturalist, the pre-cursor to a modern scientist, I guess, who is on the verge of discovering the truth of evolution and is certain he has the theory correctly explained.

"In his travels, he stumbles on some literature as described on the 'Cold Moon over Babylon' album; dark knowledge contained within ancient texts, of which he is sceptical at first... but being at the beginning of the age of scientific enlightenment, he is curious and starts to see links between these antiquarian warnings and signposts to our own evolutionary past.

"His whole outlook and belief systems is challenged and changed when he discovers, via the texts, that there's an entire physical underworld just behind our own... and he manages to crack a doorway through, simply by having an understanding of the ancient texts, coupled with the 'key' that aluded the ancient scholars - this elusive key (the previously unexplained Lesser Key of Solomon) is specifically the knowledge and understanding of evolution itself. The epiphany of that understanding, combined with this ancient knowledge, is enough to open the gate.

"This other world is stretched over a thin and fragile honeycombed web that our world is built on... but the worlds are supposed to co-exist, each a side of a balanced mirror. They are not meant to mingle. They can't exist in the same place at the same time. He comes to the conclusion that it's a world that can't exist but we have no way of existing without it - it's a paradox and a balance.

"To know this truth is a gateway to complete madness -it's too much to take in because the knowledge itself requires him to exist in both places at once - which is impossible.

"He concludes that there is no god, and evolution is a reality, but that this newly discovered underworld is a physical and real place that has it's own anti-evolution - again, like a mirror. He fathoms that we are our own creators, our own gods... that we've always had a sense of them... and that time runs backwards in the other world. He sees the future there and it is horrifying... and the beings there, which are both of the ancient past (because their future was in our distant past) and of the actual distant future, want to get in here and change their past... and future. It's a bit complex!

"As the only person with this knowledge, he alone is capable of keeping both worlds apart, simply through will power. He's the only one who has successfully unlocked the gate. He's cracked the code... and his own mind, which in part is where this gate exists - and it also exists physically in a deep trench of the ocean, a place we can't get to... but from where they can escape... and from where they probably did in order for our own world to begin. So in order for us to exist, he has to both let them in... and not let them in.

"The story mingles the ethics of knowledge with the burden of truth and revelation. It links the ancient beliefs of our ancestors with the modern ideas of science and discovery. It's a mind-fuck"