Vulvagun is a band formed in 2011 by vocalist/guitarist Wayne Dwyer, known for his work in Melbourne metal bands like Sea Wolf, Captain Trips and Wizard Sleeve to name a few. He is joined by by drummer Chris Phillips (Tyrus, Mass Confusion, Day of Clint), bass player Evan Harris( Black Majesty, Eyefear, Taramis) and lead guitarist George Larin (Taramis, Nothing Sacred).

Vulvagun's debut album, 'Cold Moon over Babylon' was released in May 2011 and garnered rave reviews for the depth and complexity of the music and its lyrical themes. Whild Cold Moon is not a concept album as such, it is a themed album, one which leads perfectly into setting up the story for the long awaited follow-up, 2017's 'The Painful Road to Eden.' 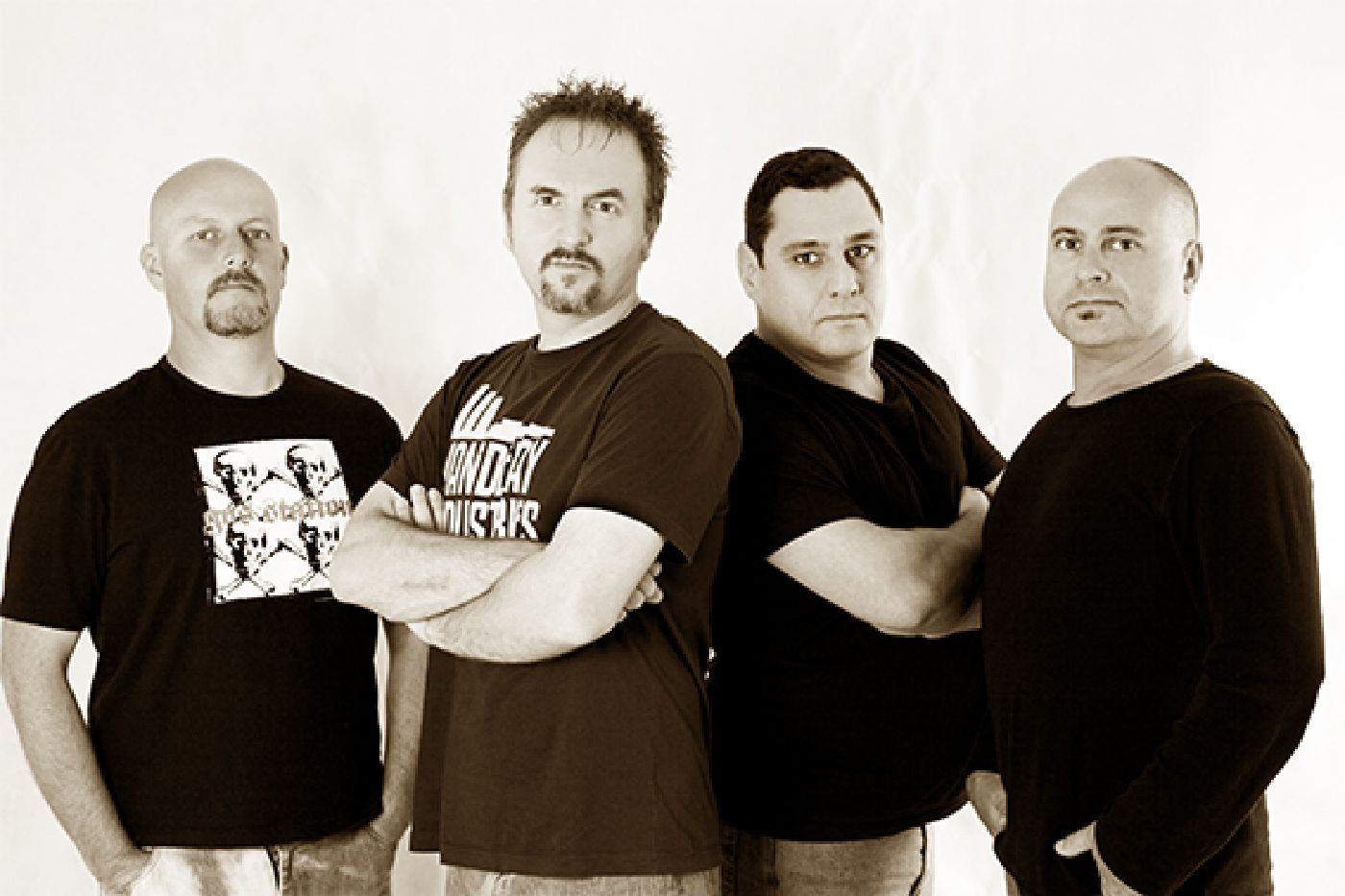 About the band name:

Wayne Dwyer explains: "I actually came up with the name after a conversation I had with Johnny Beer (Renegade, Wizard Sleeve) about the band Wizard Sleeve being (jokingly) the Kings of Vulvic Metal. For some reason the word Vulvagun popped into my head and I though it was an unusual phrase. So I set about writing a song about how great it would be if women united as a massive army to take over the world and hopefully run it better that all these idiot men have done for thousands of years, and how the bloodshed would cease. Then I thought, “Great name for a band. It’ll show that we have a sensitive side (Ha!).

Then one day my mother-in-law asked me what I was going to call the group and the word came out of my mouth, aloud for the first time... and I was a bit shocked at myself - it sounded very strange to me. She didn’t blink or say a damned thing, so I thought I’d get away with it. I like the idea of it being a new word, there was nothing on Google or anywhere else that I could find. I occasionally still have some reservations about it - which convinces me that it’s the right name - if it makes me uncomfortable then it’ll challenge me and then I guess I have to learn to live with it. Words are just words though, and any offence is simply subjective - as Steve Hughes says, nothing happens when you’re offended - you don't get leprosy or anything. People have different views of the name... and they can take from it whatever they wish. I don't care as long as they remember it.

"There are people who dislike the band because of the band name. That's okay. If a word can make your mind up for you, then you probably aren't going to investigate the music beyond a cursory listen anyway."

* from an interview with Will Kulich, Baw Baw Citizen 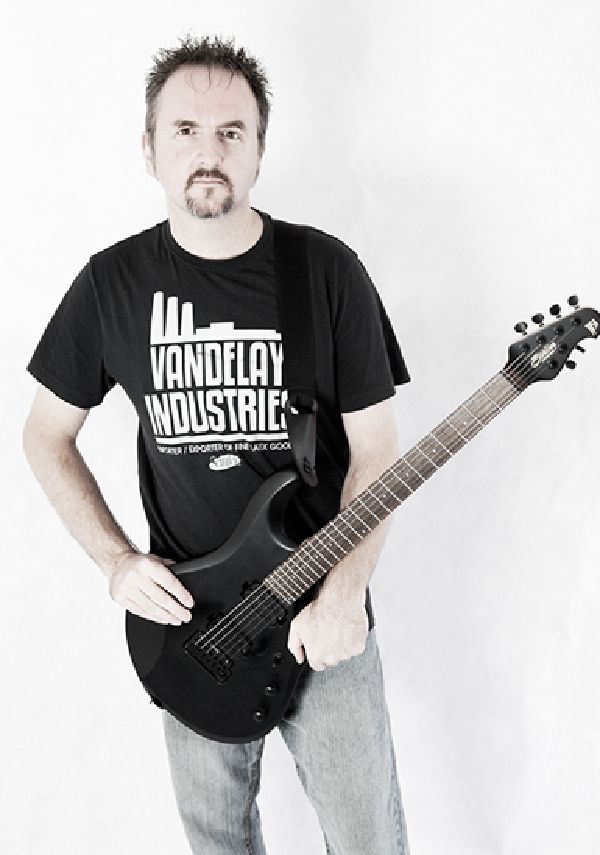 Wayne was born in England and grew up in Australia where his heritage lead him to seek out the best of British music. With early influences like Maiden, Priest, Sabbath, Pink Floyd and Yes, it's not hard to hear what musical landscape Wayne likes to wander in.

Wayne started his musical career in the teenage metal outfit Sea Wolf, who were for a while one of the youngest bands to ever grace the stages of Melbourne pubs. He then went on to form Dead Zone with Chris, and later joined thrash metal outfit Tahkisis. They were later joined by Chris and changed their name to Captain Trips, a band known for their progressive thrash in the vein of Forbidden and Testament. Wayne also played drums for three piece extreme metal/punk band Martian Beer Pigs.

Later, Wayne went on to form professional working bands with some of his old pals from Sea Wolf and forged a career as a singer, and more importantly, as a producer/engineer of local bands. Vulvagun is the culmination of all of Wayne's experiences in the fields of music and art. 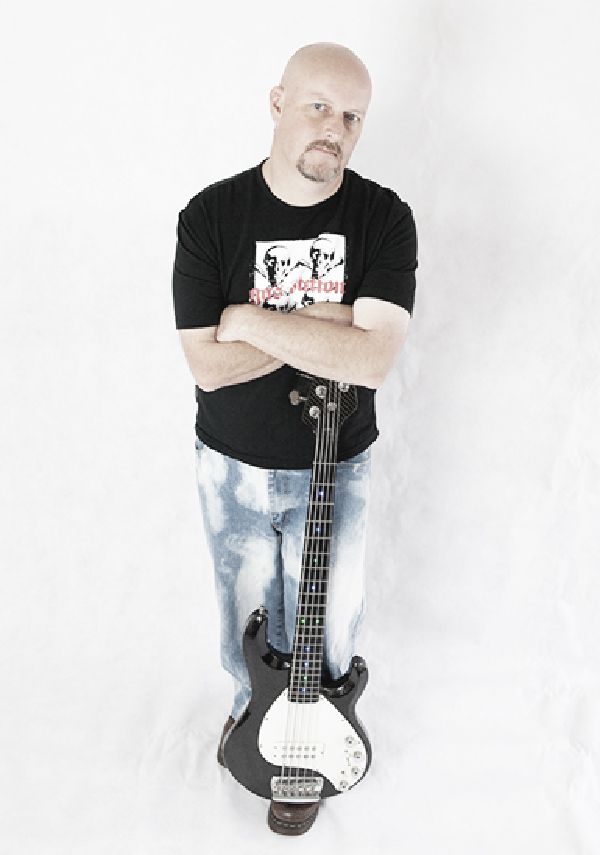 Evan is a Melbourne based musician currently playing with Vulvagun, Black Majesty, Eyefear, Spasticator and The Steve Turner Trio among other studio and live work.

Previous bands include Taramis, Deadzone (with Wayne and Chris), Head of Sausage, Chump (with Wayne), Endel Rivers (with whome he toured Europe) Hardbite, Phrysbyh, Scrump and others.

Evan has played on over 20 albums to date and to say he is a 'bass player' is an understatment. Having picked up the instrument at an early age and going on to play in his father's jazz combo,

Evan soon became known as the consumate musician, with skills beyond his years and a demeanor to die for.

Evan mainly records in his own studio and is always out gigging at home and overseas with various bands. 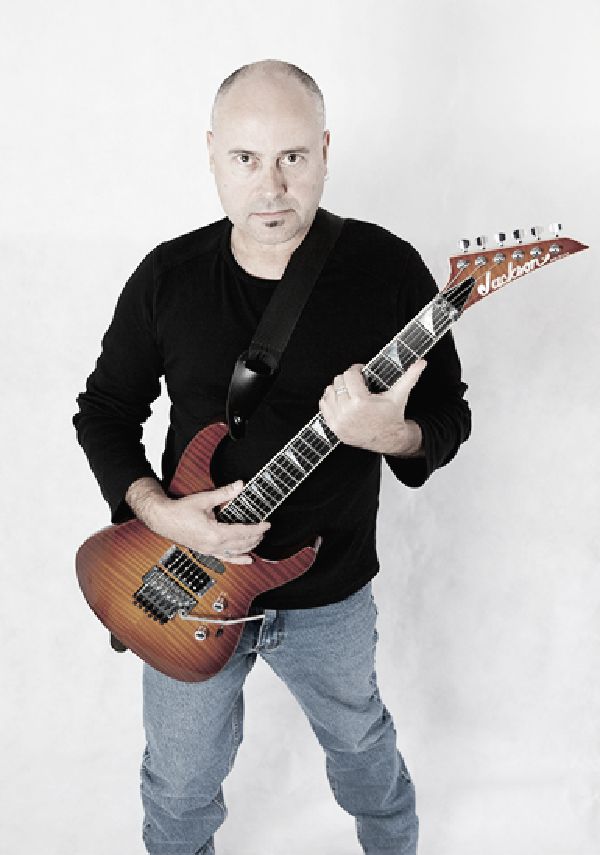 George Larin has been making music as long as he can remember. One of the many memorable moments of his musical journey was relocating to the U.K to perform with a guitar pop outfit and then later over to Germany where he recorded one of the slickest sounding demo’s ever heard with the precision thrash metal outfit, Backwater.

Even though success had come close but never close enough, it was when he returned to Melbourne, Australia and joined up with seminal metal outfit Nothing Sacred (with whom he is still a member) and then later with Australian metal legends, Taramis (along with Evan), that an album, International supports and countless tours up and down the coast made him feel like all of his hard work had finally paid off. With that chapter of his career finished, a new one began when he played guitar for the female fronted hard rock outfit, AMETHYST who also released an album and had great reviews worldwide. George also plays in 666 Pack along with some of Melbourne's best metal musicians.

George resides in Melbourne and has a home studio where he has recorded two metal albums under the banner of LARIN and released, "Chameleon", a guitar instrumental album which showcases different styles of music, moods and guitar textures.

Chris is well known in the Australian metal scene, having played with more bands than almost any metal musician in the scene today.

Tyrus, Black Jack, Comancheros, Depression, Hatred, Dead Zone, Captain Trips and many others have come under the assault of Chris and his brutal drumming style.

Chris is a hard hitter, both in life and on the kit. Energy and enthusiasm are his trade marks.

Chris also has a mighty singing voice, his close and intuitive harmonising with Wayne being the result of a twenty five year musical friendship.

Chris also has a keen ear for arrangements and production, and a sharp eye for artistic detail. With Vulvagun, Chris is at his best: concise and accurate, complimenting each song with an almost impossible drumming melody that is hard to ignore. Can drums sing? Chris will make you believe that they can.